Sonoro have added a new music player to their range with the launch of the Sonor Cubo 2010. The new Sonoro Cubo 2010 features the same design as the previous models, although this one features a high gloss lacquered finish.

The Sonoro Cubo 2010 features a built in CD player, as well an FM radio and it also comes with an eDock that lets you connect your iPod Touch or iPhone. 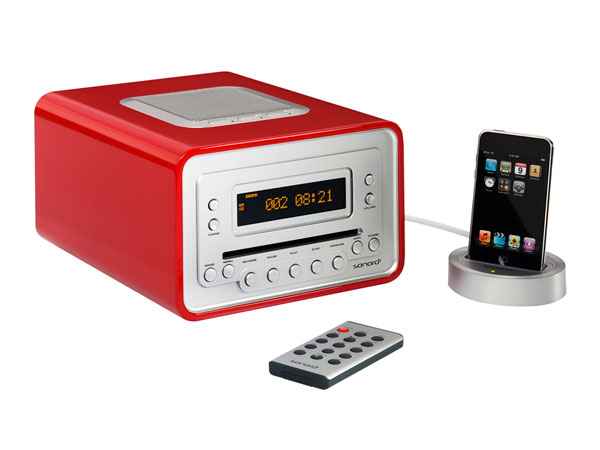 It also has an alarm clock so you can choose to wake up to your favorite CD, the radio or some tunes stored on your iPod Touch or iPhone. It also features and RF remote control, and it will be available in a range of funky colors which include, red, white, black, green, yellow and a few more.