It’s hard to talk about Sonim without describing them as the company that had the “unbreakable” phone back at CES that broke during testing by a geek at the show. Sonim has unveiled a new rugged mobile phone called the XP1300 that it doesn’t claim is unbreakable, but the thing is seriously rugged.

The phone is made to meet IP-68 rating standards and can be submerged in water up to 2-meteres deep for 30-minutes and still work. The phone can also survive fog, rain, and salt air for extended periods. The screen is 2-inches wide and covered in Gorilla Glass to survive drops up to 2-meteres onto concrete. 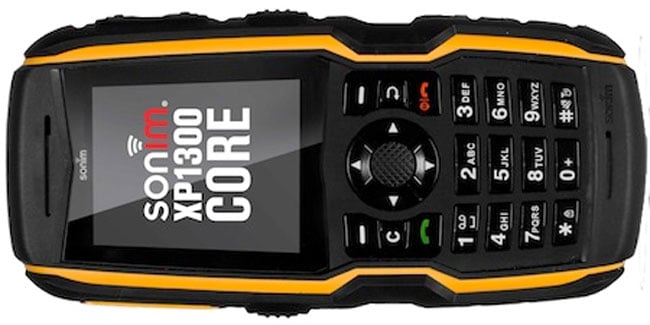 The Mobile device also has an omni directional mic with noise cancellation and an extra loud 23mm speaker to make it easier to use in noisy environments. The keypad on the phone has wider spaced keys so users can work the phone with gloves on. The XP1300 will ship in November for $399 unlocked.