I am a sucker for a design concept that is of questionable use. I know most of the design concepts that we see will never make it to the real world, they will forever be just cool designs. A new concept music system has turned up at Yanko Design that has a very interesting design.

I have seen CD players before with clear covers so you can see the CD spinning its little plastic heart out inside. I have often wondered if you touched that spinning disc if you would draw back a nub instead of your finger. 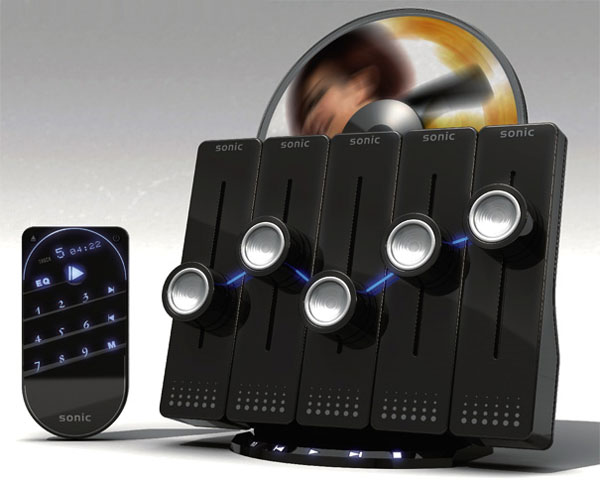 This concept exposes the entire top half of the CD while it spins and plays the music. It looks cool, but this would never make it past the safety officials in the US. Other than the exposed spinning CD the device has a graphic EQ on the front with the little round parts being the speakers. Those speakers and the blue lines move in time with the music. The remote and the controls for playback are touch sensitive. The concept was designed by Chen Guoheng.