A blue screen of death is normally associated with older Windows PCs, but now it would appear that a number of iPhone 5S owners have experienced a similar thing on their handset.

Some owners of the iPhone 5S are reporting that the handset has randomly rebooted when they have been using iWork applications on the handset. 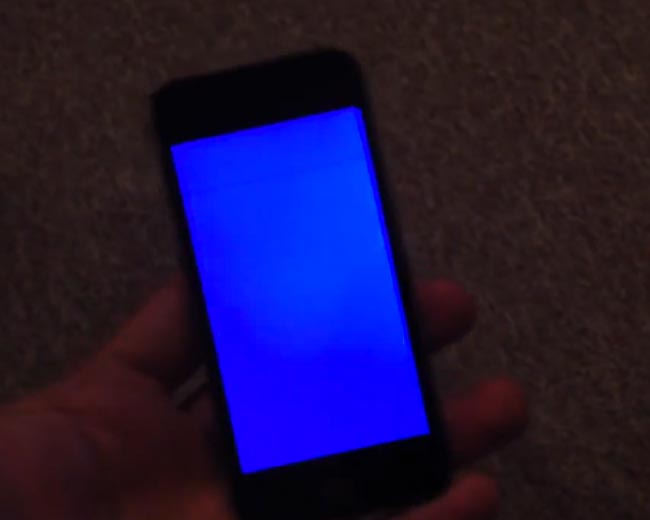 Apple’s iWork applications come free with Apple’s latest smartphone, and the issue appears to happen when switching between apps using the multitasking on iOS 7.

The video below shows the blue screen of death bug happening on an iPhone 5S, when the problem occurs it causes the iPhone to reboot, as you can see in the video.

A number of owners of the iPhone 5S have reported the problem over at Apple’s support forums, as yet there does not seem to be any official word from Apple n the issue.

We presume that Apple will fix this blue screen of death issue on the iPhone 5S with a future software update, as yet it is not clear how widespread the problem is. If you have experienced this problem whilst using Apple’s iWork on your iPhone 5S, leave a comment and let us know.