We have features a number of different stylus/pens here on Geeky Gadgets over the years. But Chadwick Parker & Joe Huang have created a new style of pen called the Solid Titanium pen and stylus, that is capable of using over 30+ refills, allowing you to ink up straight away, once your old refill runs out.

The Solid Titanium pen is also equipped with a stylus that uses replaceable nibs that screw into the end of the pen and can be purchased as replacements when required. Watch the video after the jump to see the it in action. 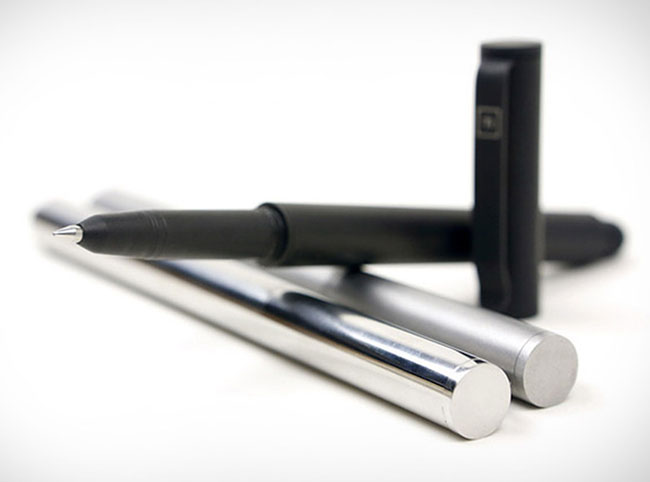 “We’ve spent the last 5 months designing and making numerous changes in order to make the most versatile pen possible. While making a TA4 titanium pen from clip-to-tip is really cool and unique by itself, we felt that was not enough and challenged ourselves to add a truly revolutionary feature. Our pen accepts more refills & brands than any other pen. Ever. We like to think of it as being a refill-ninja.”

For a full list of all the ink refills supports by the Solid Titanium Pen + Stylus jump over to the Kickstarter website for details.