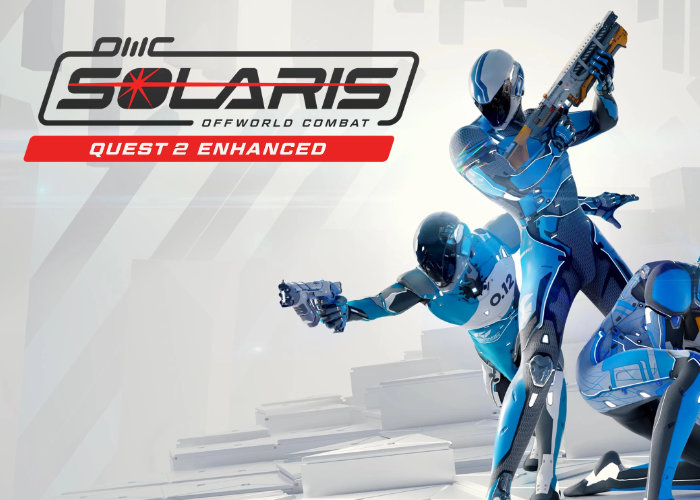 First Contact Entertainment have confirmed that the new PlayStation VR shooter Solaris, will be launching in the next few months during early 2021. Solaris is already avail on the Oculus Quest and Oculus Rift VR headset providing gamers with an eight player online multiplayer shooter to enjoy.

You start the game equipped with a Sentinel Disruptor pistol, but scattered throughout the arena a selection of higher powered weapons are available including Grenade Launchers, Shotguns, Rocket Launchers, and Arc Rifles. During gameplay you can also pick up Health and Armor, and deploy items like Mines, Shields, and other Utilities.

“First Contact stopped by PSVR Without Parole’s 2020 Awards show yesterday with an update on the sci-fi shooter. Solaris launched on Oculus Quest and Rift earlier this year and had hoped to come to PSVR before 2021, but this weekend’s video confirmed it’s now coming early next year. No specific date was given, but the team did offer some new footage of the game’s PSVR build being played with the rifle-shaped Aim Controller.”

Step into the role of an Athlon — an elite VR athlete — and put your skills to the test in this futuristic world of high-stakes, fast-paced VR combat. Start each game with your pistol, then run, sprint, and slide your way across the arena — picking up weapons, equipment, and health packs along the way. Work with your team to take over the Control Point and win the match!”