Designed by Eric Strebel and Jim Nogarian the Solar Vox is a sun powered charger for pretty much any small device including mobile phones and gaming devices.

The angular shape of the Solar Vox is designed to allow you to easily angle and direct the solar panel towards the sun. It consists of a solar panel and pair of rechargeable AA batteries housed in the case. Once charged simply connect up your device and place it under the solar panel to protect it from the sun. 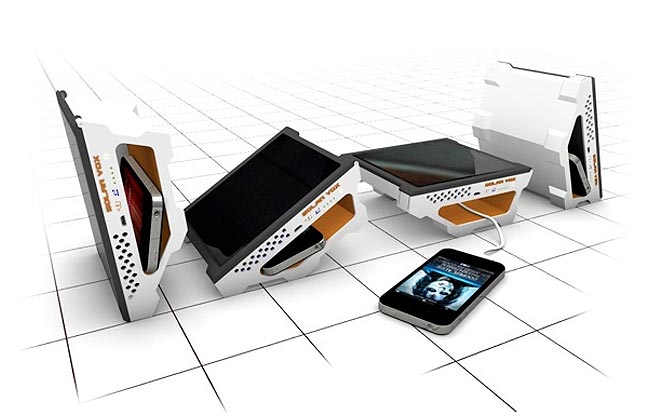 The Solar Vox is currently listed on Kickstarter and is awaiting enough pledges to go into production. A goal of $35,000 has been set for January 28th 2010.

Jump over to their Kickstarter page to view a video of the device make a pledge of $100 if you think its a device you would use.