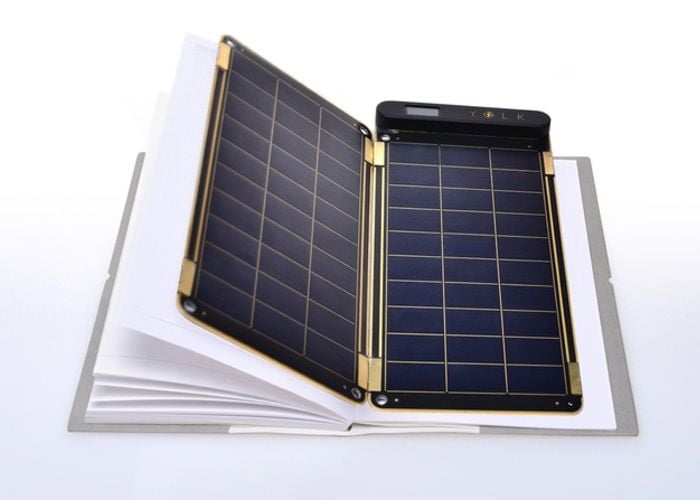 Marketed as the “world’s thinnest and lightest solar charger” YOLK have taken to Kickstarter to raise the required $50,000 the company needs to take their Solar Paper charger to market.

The Solar Paper is the first solar charger to be thin enough to be placed inside your notebook or planner and is also ultra lightweight. 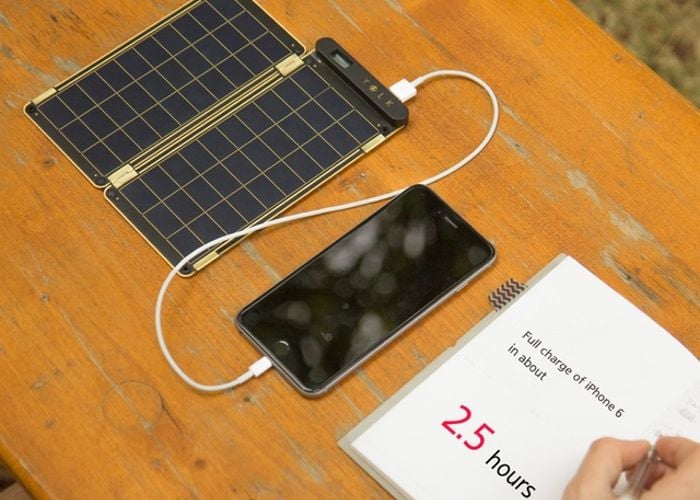 The first batch of Solar Paper devices is expected to start shipping during September 2015 and the second shortly afterwards during October or November 2015.

Solar Paper is the world’s smallest 2,5W, 5W, 7.5W, 10W solar chargers. When it is sunny it can charge an iPhone 6 in about 2.5 hours. It has the similar charging speed as a wall charger. We have the world’s top technology making highly efficient solar panels. It means that it can generate more energy than any other solar panels that have the same size.

What will happen when solar panels are covered by shadows or receive low intensity sun light? It will simply stop charging because it doesn’t receive enough sun light to generate the power. Conventional solar chargers require you to re-plug the cable at these conditions. It can be very annoying if you have to watch and re-plug it all the time. Solar Paper has technology for this problem. It is programed to automatically reset when it has enough sun light. With this auto-reset feature, it will generate power more in an efficient and stable way.

For more information on the new Solar Paper jump over to the Kickstarter website for details.