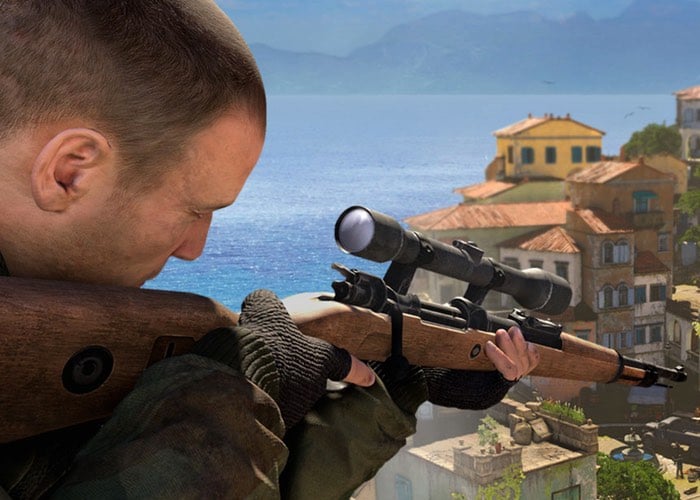 Sniper Elite 4 the sequel to the previous third person tactical stealth shooter game developed by Rebellion Developments is currently under development and will be officially launching early next year on February 14th, 2017.

Once it launches Sniper Elite 4 will be available to play on PlayStation 4, Xbox One and PC systems, and to whet your appetite ahead of the games release a little alpha gameplay footage has been released by the Eurogamer website to provide you with a glimpse of what you can expect.

In this version of the ongoing series a few new killed camps have been added including a testicle shot and more. Checkout the game below to see it in action.

Sniper Elite 4 is set in 1943 Italy, in the immediate aftermath of the events in Sniper Elite III. Players control Karl Fairburne, an Office of Strategic Services agent, who is tasked to assist the Italian resistance force to fight against the Fascists in World War Two. Played from a third-person perspective, it is a tactical shooter with stealth elements.

When players kill an enemy using a sniper rifle from a long distance, the X-Ray kill cam system will activate, in which the game’s camera follows the bullet from the sniper rifle to the target, and shows body parts, bones or internal body organs being broken or ruptured by the bullet.