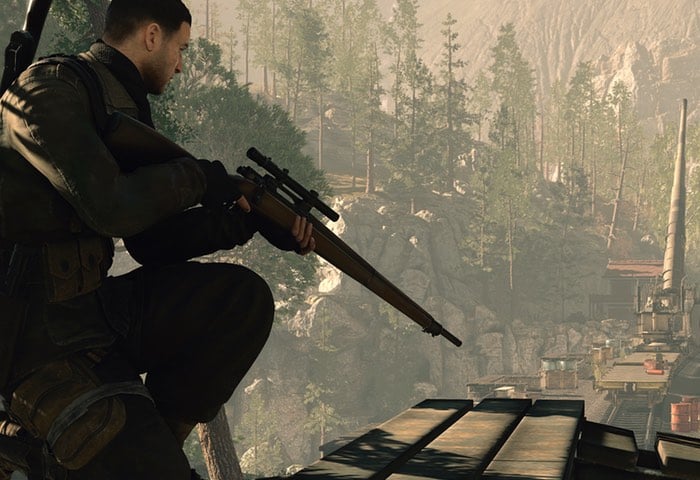 Those of you patiently waiting for the launch of the new Sniper Elite 4 game currently under development by Rebellion, are sure to enjoy this new look at the Viaduct level which was unveiled earlier this year during E3 2016.

During this one hour long gameplay demonstration Rebellion’s Paul Wright guides us through what you can expect from the new features that have been implemented in the Sniper Elite 4 game and some of the tactics you can use against your enemies.

Sniper Elite 4 the third-person tactical shooter stealth video game will be officially launching on February 14th, 2017 and will be available to play on the Xbox One, PlayStation 4 and PC systems.

The game’s artificial intelligence is improved, with enemies being able to react to players’ action more responsively. When an enemy is killed, other enemies will begin actively looking for them. The player is equipped with a pair of binoculars, which shows players where the enemies are and what weapons they are carrying.

The game features the “officers” rank. Killing the officer as early as possible will lead his army to retreat, while killing him by the end of a mission will significantly increase the level’s difficulty.[3] Players can place traps and use corpses as booby traps. The game also features night missions, in which players can remove light sources to hide their presence. Check out almost an hours worth of Sniper Elite 4 gameplay as Rebellion’s Paul Wright takes Ian on a tour of the games Viaduct level. This video will give you a good sense of the scale in Sniper Elite 4’s levels and includes a few different play styles, plus a lovely fly through right at the end that definitely needs to be seen!