Recently showcased at the CES show the SnapKeys Imaginary Interface (2i) is a new revolutionary input method for text and data entry on mobile touchscreen devices. As you type keys appear briefly on screen allowing you to type but not be hindered by a pop-up keyboard, which takes up half of your screen.

Very few details have been released on how the new technology works and it does look a little tricky to even see the keys appear as the users type on their devices in the demo. But watch the video of the new SnapKeys 2i system in action after the jump, to see for yourself. 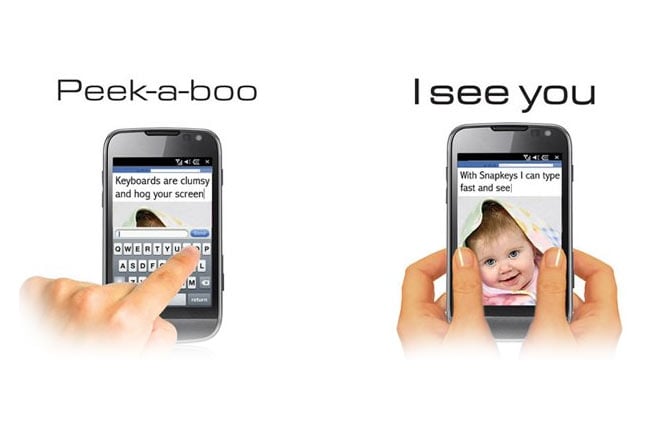 Other benefits of the system include not having to move your hands to far to type while holding your device as the keys apear where-ever you need them.