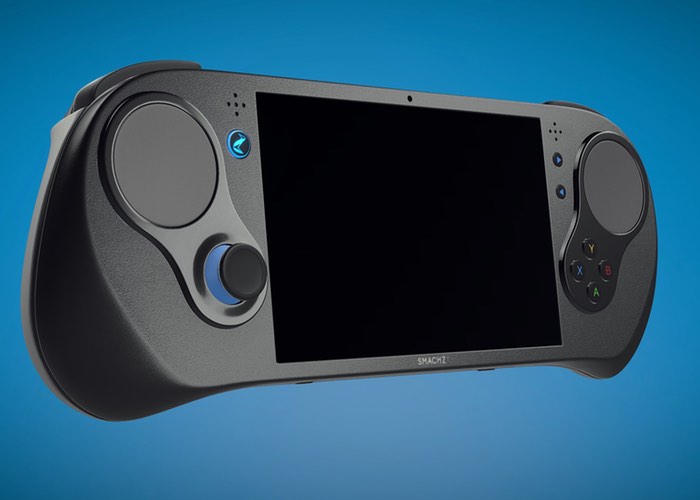 After taking the time to create a prototype and refine their design SMACH Z has relaunched their handheld gaming PC on Kickstarter this week and has already raised their pledge of €250,000 with still 30 days remaining on the campaign.

To recap the SMACH Z is a handheld PC which has been equipped with haptic touchpad controls, and enough hardware and processing power to play any AAA game natively, says its developers offering the choice of 10K games out of the box.

Check out the promotional video below to learn more about this powerful handheld gaming PC which is available to back Kickstarter with pages starting from €249.

When pre-ordering SMACH Z you can choose between Windows 10 or Linux.

– Windows 10: With Windows you have more compatible games and programs. However we won’t be able to adapt the OS to our console, so it may not be as easy to use as the Linux based system.
– Linux (SMACH Z OS): We’re able to modify and adapt the OS to SMACH Z creating a better interface and experience. We recommend choosing Linux for better performance. More and more games are becoming compatible with Linux with time; now are about 2,500.

For full specifications and the ability to make a pledge jump over to the Kickstarter crowdfunding website via the link below.