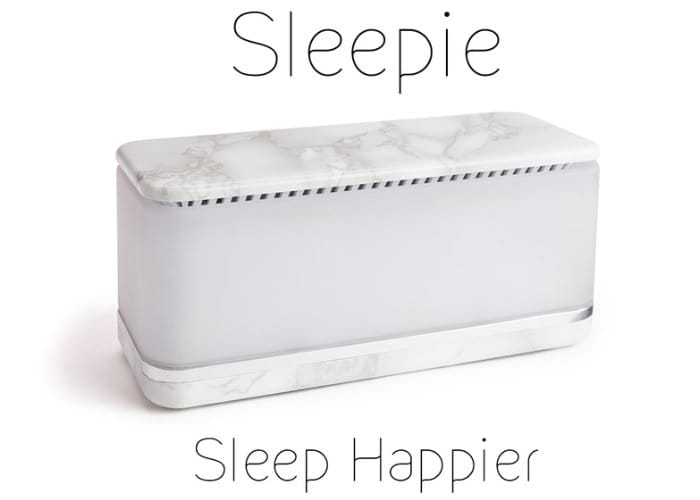 Blake Wheeler has designed and created a new sleep system based on scientific technology to help you drift off and sleep a deeper sleep. Watch the demonstration video below to learn more about the Sleepie device which is backed by science and uses lights, smells and sounds to help you achieve the “best nights sleep you’ve ever had”.

SleepieHas this week launched by a Kickstarter and already nearly raised its required $20,000 pledge goal with still 44 days remaining on its campaign. Sleepie As available to back with super early bird pledges available from $69 or £51 offering a 40 percent discount off the recommended retail price. “We have a working app prototype and product prototype as shown in the video. We have built over 10 prototypes and settled in on the very best one to take to manufacturing! We are working on finalizing all of the features on the app, for example, which sounds we will build in to the final version of the app.”

For more information and full specifications on all the different oil, low-frequency sounds and blue-black technology available from Sleepie, as well as its companion smartphone application which is supported by both Android and iOS devices. Jump over to the official Kickstarter crowdfunding campaign page by following the link below.