If you are looking for something a little different in the way of a traditional writing instrument, to sign checks and do a little of the old school communication. The Slända pen which has been designed by Gustav Widström and Marcus Heneen might be worth a look.

The pen has been named Slända after the Swedish name for dragonfly, and is a uniquely styled pen which has been designed to always be easily available to grab from your desktop. 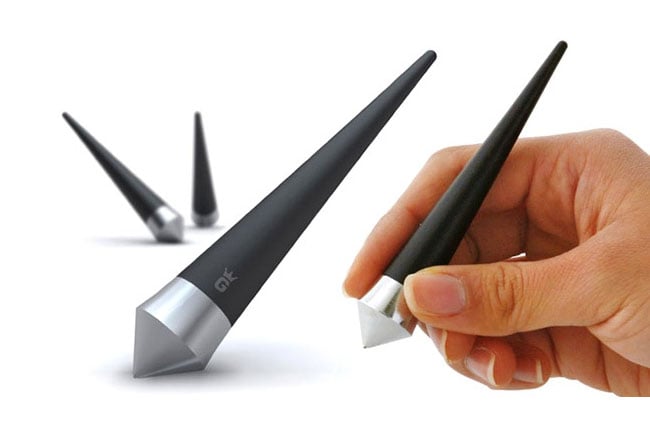 When the Slända pen is put down on a flat surface the pen will always sit-up at a 45 degree angle. The Slända pen will also never roll off your desk. Its designers Gustav Widström and Marcus Heneen explain:

“Slända is an invitation and a reminder for people to investigate their beliefs, as they may not always be true. It’s named after a flying insect that has a unique ability to shift directions within a split second – just like your mind. But it can also hover without moving a millimetre, allowing it to focus despite turbulent surroundings. Our hope is that Slända will inspire you
to investigate your world in ways that are new for you. It is our contribution to the magic and powerful world of thinking.”

The Slända pen is available in a range of colours including black, orange, aquamarine and white and is now available to purchase for $30.