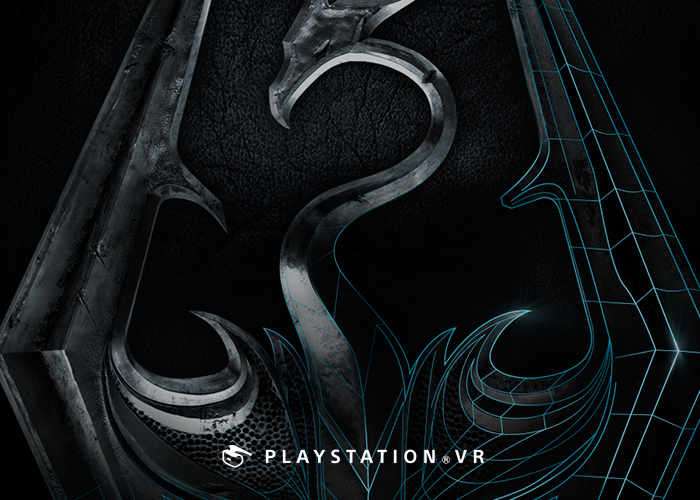 As expected after the announcement of the new virtual reality Fallout 4 game, Bethesda Softworks has now announced the imminent launch of the awesome Elder Scrolls V: Skyrim on the PlayStation VR hardware.

Providing Skyrim fans with an immersive virtual reality experience directly on the PlayStation platform. Check out the announcement trailer below to learn more about what you can expect from the style of gameplay as you take on the world of Tamriel immersive VR.

Bethesda is now launching titles like Skyrim VR, Fallout 4 VR and Doom FVR on the PS VR and HTC Vive, but don’t expect them to be launched on the Oculus Rift anytime soon due to the ongoing lawsuits between Oculus and Bethesda parent company ZeniMax Media.We will keep you updated if any news is announced about a Skyrim VR edition for the HTC Vive.

Dragons have returned to Tamriel, and this time they’re even more magnificent. The ancient creatures who soared through the skies in The Elder Scrolls V: Skyrim will soon come to full life in virtual reality. Announced at Sony’s E3 2017 Media Showcase, Skyrim is headed to PlayStation VR this November.

Developed by Bethesda Game Studios, Skyrim VR takes the full game (plus all of the official add-ons: Dawnguard, Hearthfire and Dragonborn) and reimagines the complete epic fantasy with an unparalleled sense of scale, depth and immersion.

Skyrim VR puts you in the role of the Dragonborn – the prophesied hero who can harness the power of dragons. From battling ancient dragons to exploring rugged mountains and more, Skyrim VR brings to life a complete open world for you to explore any way you choose.