Fans and players of Bethesda’s awesome Skyrim game, might have already loaded a few mods on to their systems to tweak the appearance of the graphics and gameplay within the Skyrim game. But what would Skyrim look like if you loaded a 100 enhancement mods into Skyrim? Modder Unreal has done just this with awesome effect. 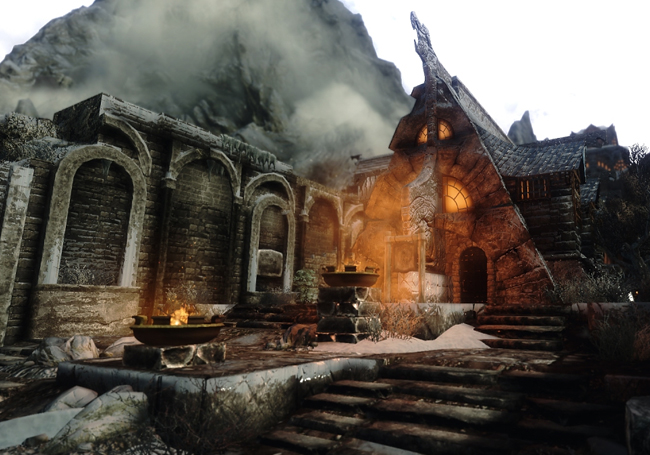 If you system is powerful enough to take extra Skyrim mods, you can find out everything you need to know about tweaking Skyrim to the max over on the State Of Trance website. Kotaku explains:

“His site catalogues the adventures his rig is taking running that much stuff at once, showcasing not only which mods he’s got running (and why), but also some of the most impossibly beautiful screenshots I’ve ever seen for the game.”