The new Skype for Android version 4.0 provides a completely overhauled application with a much more streamlined version being released in this latest version. 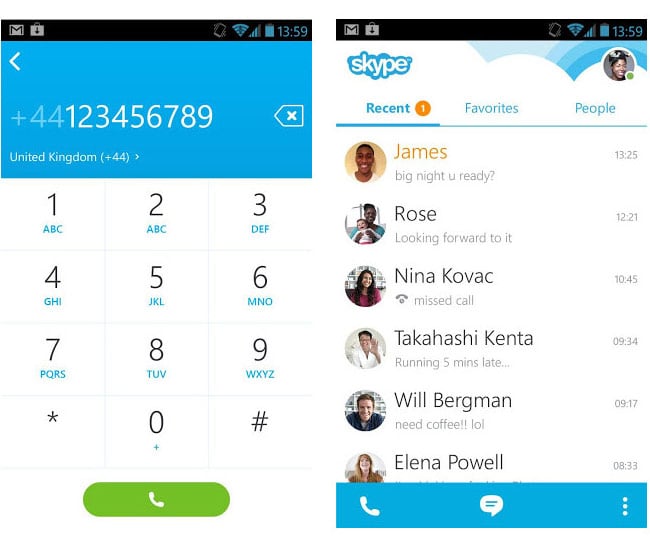 One of the features in the new Skype for Android includes three separate taps which allow you to access your recent conversations, contacts and favourites. Microsoft has also enabled the ability to attach files and video messages in the latest Skype for Android application and the new slicker design makes the new application feels a lot more fluid and use.

“What’s in this version: Everything. No, seriously. Quite literally everything. We took a closer look at all the ways people use Skype, and used that insight to lovingly redesign and rebuild a shiny new Skype for Android. Got an Android tablet? Don’t worry if you don’t see any changes, yours are just around the corner…”

The new Microsoft Skype for Android version 4.0 is now available to download for free from the Google Play Store.