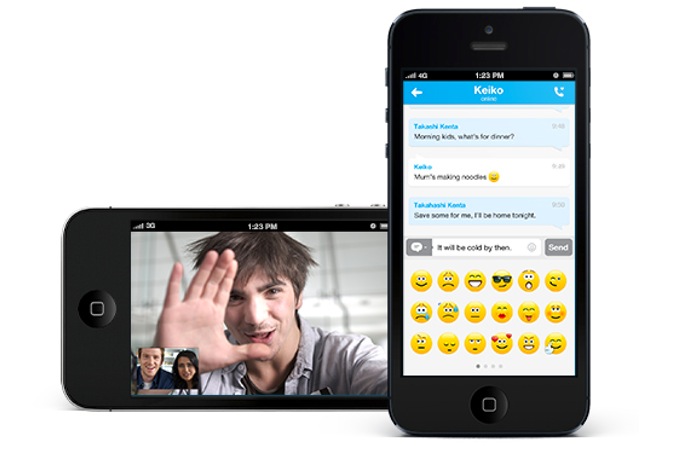 Skype has this week released a new update to its iOS application with the launch of the new Skype 5.2 for iPhone which brings with it a number of new tweaks, enhancements and features for Apple smartphone users to enjoy.

The new Skype 5.2 for iPhone should be arriving very soon in the Apple iOS App Store will allow users once again listen to voice messages.

The ability to listen to voice messages was removed by Microsoft when they launched Skype 5.0 that has now been replaced within the latest update. Now when a friend or colleague sends you a recorded message, while you have been off-line it will now appear in your conversation stream enabling you to listen to it.

“Remastered to put your conversations with the people who matter most at your fingertips. Stay in touch with free messaging, voice or video calls on Skype. Call your world from Skype – Free voice and video calls let you talk to your heart’s content with all your friends and family on Skype.”

The new Skype 5.2 for iPhoneIt follows on from the 5.1 version which was released to the Apple iOS store on June 19th and brought with it the ability to edit messages, remove conversations from recent and the ability to add favourites directly on the favourites hub screen. Together with VoiceOver general improvements throughout the application.