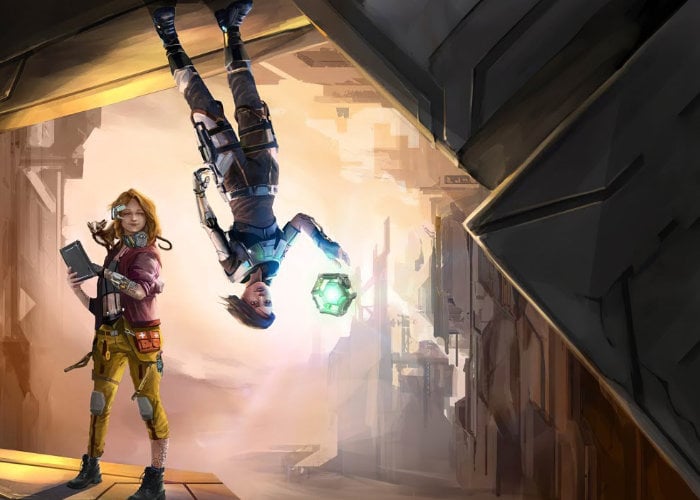 Mindhaven Games have have announced a new “gravity-defying” puzzle adventure game named Sky Beneath, will be launching on consoles and PC systems next year during 2021. In Sky Beneath players assume the role of Cassie, an intrepid scavenger seeking salvage in abandoned mining facilities. Check out the announcement trailer below to learn a little more about what you can expect from the storyline and game mechanics.

“We wanted to create a game that hearkens back to the days of solitary puzzle-solving expeditions like the original Tomb Raider, yet with the warm humor and humanity of Portaland The Talos Principle,” said Eero Kuurne, Creative Director at Mindhaven Games. “Sky Beneath takes that classic gameplay, but marries it with a slick, modern presentation that’s equal parts cerebral and spectacular.”

“Aided by her inventor friend Annie and the use of advanced alien technology, Cassie takes control of the gravity to walk on walls and ceilings and change the gravity direction of objects around her. Up and down are all relative in this mind-bending adventure!”

“This narratively driven puzzle platformer puts you in the role of Cassie, an intrepid scavenger seeking salvage in abandoned mining facilities. Embark on an adventure with your inventor friend Annie, take control of the gravity, and solve challenging puzzles in a mysterious sci-fi setting.”