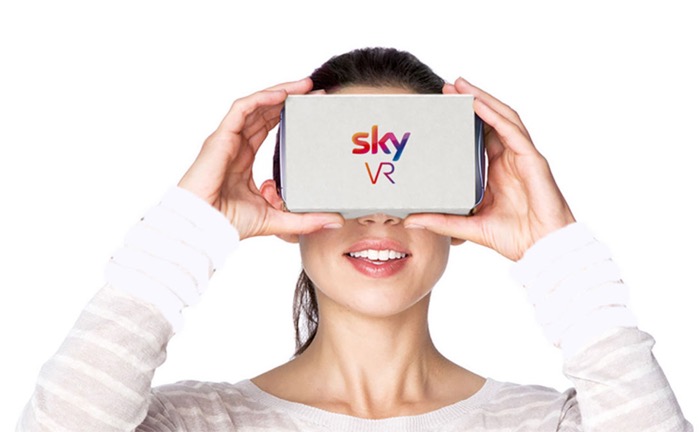 Sky has announced the launch of its new Sky VR App and the app works with Google Cardboard, the Samsung Gear VR and Oculus Rift.

Sky have created a range of 360 degree videos to showcase their new VR content and even one for Sky Sport which was made with David Beckham.

Sky is to become the home of high-quality virtual reality (VR) content with the launch of a brand new app, Sky VR. The app, available now for anyone to download for free, showcases a range of immersive, 360-degree videos from Sky, and the best content from Sky’s partners including Star Wars: Red Carpet, Anthony Joshua: Becoming World Champion and clips from Disney’s The Jungle Book.

To coincide with the app’s launch, Sky is also revealing two brand new VR experiences: Sky Sports: Closer featuring David Beckham. And, coming later this autumn, the first of a series of Sky exclusive commissions – a performance from English National Ballet’s production of Giselle ahead of its forthcoming UK tour.

David Beckham said: “It was great to work with Sky and Google on this film to launch the new Sky Virtual Reality app. The team from the Sky VR studio came up with an incredible concept that shows the range of sport Sky offers. Being able to take other sports fans on a journey into some of the world’s biggest sporting events was a unique opportunity.”

The apps is available for iOS and Android and it will work with devices running android 5.0 and above and iOS 8.1 and above.

You can find out more information about the new Sky VR app over at Sky at the link below, the app is now available to download for iOS and Android.