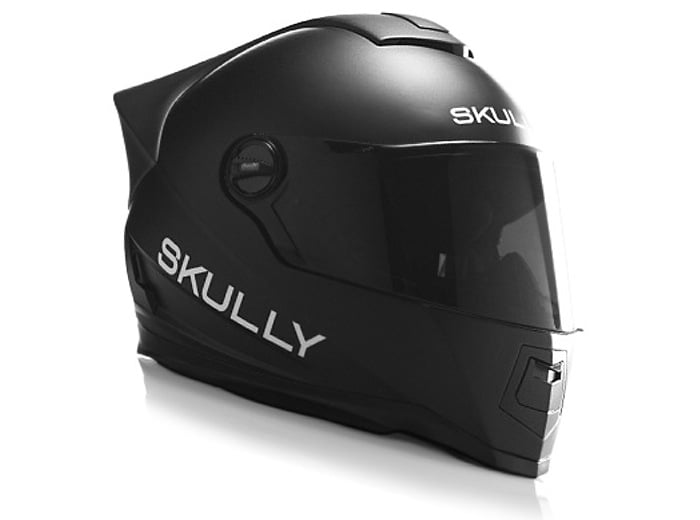 Motorcyclists looking for a more advanced helmet may have already come across the SKULLY concept, a next generation smart motorcycle helmet that is equipped with a heads-up display on the visor as well as a rearview camera and GPS navigation system.

The SKULLY is equipped with a heads-up-display that is always in focus and uses an ultra wide rear view camera, combined with a high-speed microprocessor. Watch the video after the jump to learn more about the SKULLY smart motorcycle helmet and see it in action.

The SKULLY project is currently over on the Indiegogo crowd funding website looking to raise $250,000 in pledges to make the jump from concept to production. 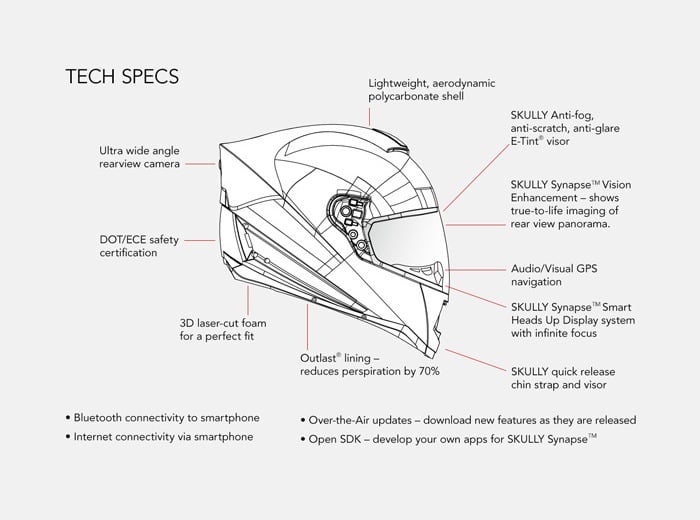 So if you think SKULLY is something your motorcycling could benefit from, visit the Indiegogo website now to make a pledge and help SKULLY become a reality. Its creators explain a little more :

“Marcus Weller attended the University of Minnesota, where he assisted research on Intelligent Transportation Systems and developed his lifelong passion for Human Factors Engineering and Industrial Psychology. After years of working in the automotive and semiconductor industries, a motorcycle accident inspired him to found SKULLY in 2013. Marcus holds a Ph.D. in Industrial Psychology and is a motorcycle fanatic with an obsession for human-centered technology and design.

Mitchell Weller has shared his brother’s passion for motorcycling since before he can remember. This same passion eventually led him to join SKULLY in 2013 after holding Director positions in human resources, operations, and materials logistics. Mitchell served in the US Army, holds a B.A. in Psychology from the University of Minnesota, and enjoys getting his hands dirty working on motorcycles and cars. “