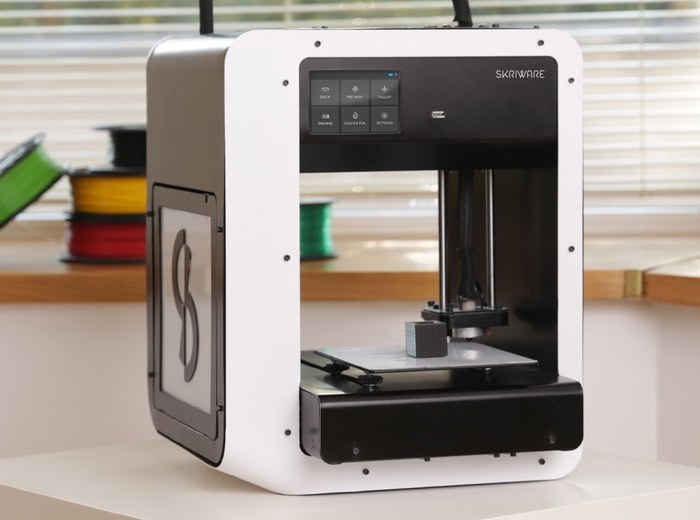 Skriware based in Stockholm Sweden have unveiled a new 3D printer called the Skriware which has been specifically designed for the 3D printing home market providing a desktop machine that is easy to use and is capable of printing objects from online marketplaces with the single touch of a button.

Watch the video below to learn more about the design, features and inspiration behind the new home 3D printing system from Skriware which is taken to Kickstarter to raise the required funds to go into production. Its team of developers explain a little more.

Our goal in designing the Skriware printer was to make it as easy and intuitive as possible. That’s why we brought to life a device that can be used by anyone – from a school kid hooked on the newest game figurines to a grandma who wants to surprise her grandchildren with their favorite superhero-shaped cookies!

Keeping in mind that not everyone is an AutoCAD champion or a certified 3D designer, we have prepared all of the models for printing with one click on Skriware printers. There’s no need to adjust, change or process the file. You just choose the model, hit “Print” and voilà! Within minutes it appears on your desk!

Well, we like to show off our printer, we cannot deny it. That’s why we went all the way to Dublin for Web Summit 2015 to proudly present our concept of one-click printing to the technology world. Skriware 3D printer made the decorations for the stand all by itself!

Jump over to the Kickstarter crowdfunding website for full specifications and to make a pledge to be one of the first to own a Skriware 3D printer when they start shipping during March 2016.