We really like geeky toys around here and when those geeky toys are remote controlled and fast we get all excited. Desk Pets has unveiled a sweet new RC toy that is called the Skitterbot. The toy looks like a beetle or a robot roach to me.

The little thing comes in four colors including green, red, blue, and clear. Each color has its own operating frequency and if you end up with two of the same color, the remote control frequencies can be changed so more than one can play at the same time. 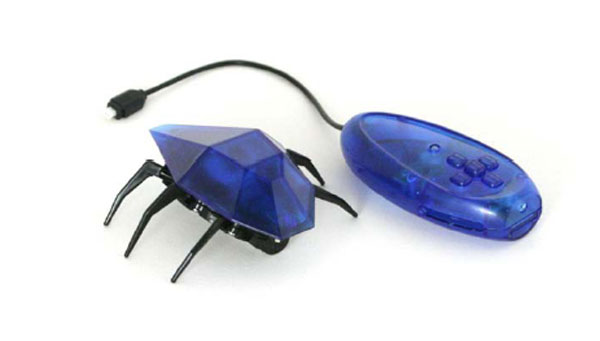 The robot uses a USB charge cable and can be used for 15-minutes after a 30-minute charge. The bug toy can scoot along at a foot per second making it pretty darn fast for something so small. The controller gives you command over forward, back, left, and right functions. The Skitterbot will sell for $19.99 at Toys “R” Us and Radio Shack.