EA has announced announced that a new update is rolling out for SimCity 4.0 which brings with it a new SimCity Launch park, which is a dedicated exclusive new park just for SinCity 4.0 dedicated fans who were early adopters.

The new Region in SimCity 4.0 is called Edgewater Bay and includes seven city sites in a cluster around a bay with one great work site. Check out the full list of additions after the jump. 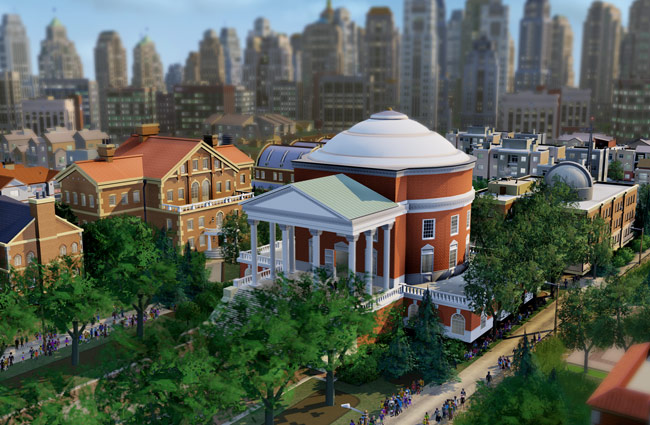 – New: Region: Edgewater Bay. Seven city sites in one cluster around a beautiful bay with one great work site.

– New: Your current server will now be shown in the options menu.

– New: More detailed rollover information on buildings telling player’s if their Sims received happiness from a park or from shopping. Previous to this fix, this information was generic.

– Re-Enabled Feature: Leaderboards will be active on EU West 3, Pacific 1 and Pacific 2 at the release. We will enable them on additional servers throughout the day.

– Re-Enabled Feature: Region filters are now enabled on all SimCity servers. Players will be able to search for open games by Map Name, Sandbox Mode, and Abandoned Cities.

– Rain Clouds: Fixed an issue where some cities would not have rain clouds to replenish their water table. If you had a city with this issue, you will start seeing clouds again within a game day.

– Fire: Improved response time of fire trucks to fires. Improved the time it takes for a fire signal to reach a fire station.

– Mission updates: Tuned Metals HQ and Community College missions. These were appearing too early, making them difficult to complete. They now appear later in a city’s development.

– Messaging: Improved pre-requisite messaging for Trade Port, Casinos, Smelting Factory and Oil Refinery. It should be clearer on how to unlock these buildings.

– Education: Fix for an issue some cities experienced where commuting students did not return from a neighbor’s city. This was causing a problem where students would disappear from a city in some cases.

– Tuning: Sims will lose a small amount of happiness if they don’t have a place to shop. Cities without places to shop will see complaints and feel the effect of unhappy Sims. This will emphasize the importance of commercial zones.