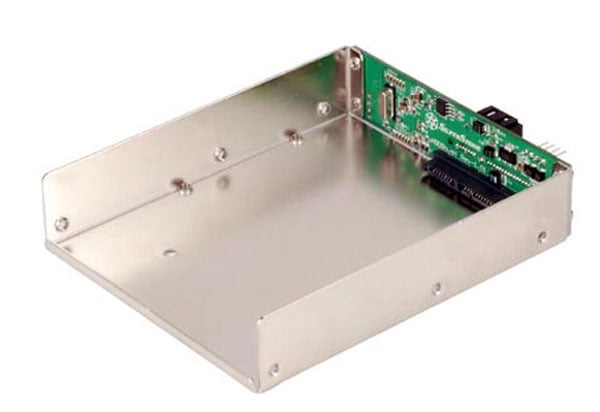 The SilverStone HDDBOOST is a hard drive bay that has SATA connections for an SSD and a HDD, and it is designed to speed up your PCs performance. It works by copying your most used files to the SSD, and then accesses those files first when they are needed.

Silverstone recommend using a 32GB SSD with the HDDBOOST, and apparently it will give you standard hard drive a performance boost of up to 70%.

The SilverStone HDDBOOST is available in Japan for $55 there are no details on when it will be available in the US and Europe.