We just got an email from the guys over at MacPhun, to let us know about a new iPhone and iPod Touch app they are launching later this week, its called Silent Film Director.

As the name suggests the Silent Film Director app will let you make you videos look like ones from the Silent Era, and you will be able to cusomize a range of features in your movies. 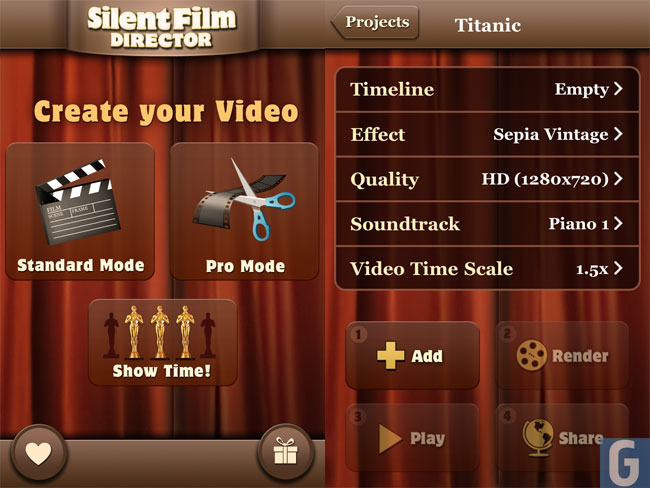 You will be able to edit your videos to make them look like silent movies, with a range of functions which include cusomizing the video speed, plus a range of video effects, soundtracks and you can even add title cards and special transitions to your movies, have a look at the video below.

The Silent Film Direct App will be available from iTunes on Wednesday the 6th of April, and it will cost $0.99.