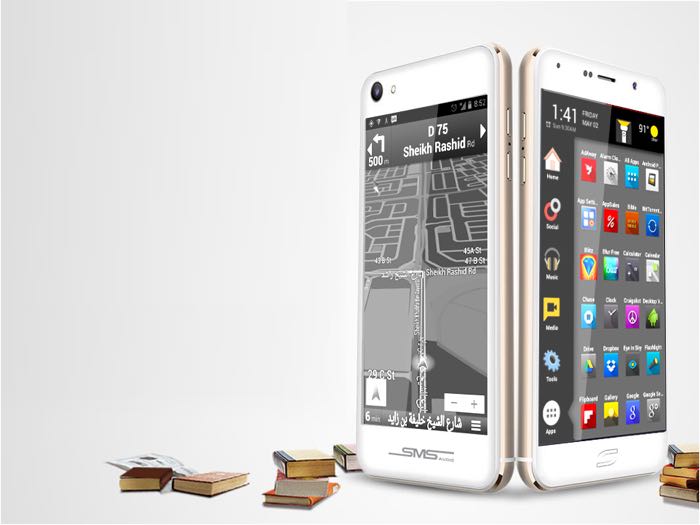 Siam 7X is a new dual screen smartphone that it being launched on Kickstarter, the device features two displays one on the front the other on the back.

The 7X will come with a 5 inch display on the front of the handset with a HD resolution of 1280 x 720 pixels, on the back of the device there will be a 4.7 inch E-ink display.

Remember when cell phones first started including cameras, and some people wondered why anyone would need a camera on their phone? It’s now hard to imagine modern life without the phone camera, and it’s amazing how essential cell phones have become to modern life in such a short time. The computing technology that we carry around in our pocket is mind-blowing, and yet there’s still so much more to unlock. Siam 7X is introducing the North American market to dual-screen cellular technology, which opens new doors to connectivity and productivity.

You can find out more details about the Siam 7X, the handset will cost $420 for early bird backers, when it launches it will retail for $559.

It appears that the original campaign was suspended by Kickstarter due to something to do with a copyright issue relating to the use of the E-ink display feature, it has now launched again on Indigogo, you can find out more details below.

On behalf of CRBT Inc., we want to notify you that the Kickstarter campaign for the Siam 7X smartphone has been suspended due to a minor copyright infringement issue with the spelling of its E-Ink display feature. We have quickly resolved the issue and have re-launched the crowdfunding campaign for Siam 7X dual-screen smartphone. This will not affect our promise to deliver the smartphone to backers in early December. Thank you to all those who previously donated. We now ask you to show your support by donating to our new campaign here:https://www.indiegogo.com/projects/siam-7x-u-s-first-dual-screen-smartphone#/