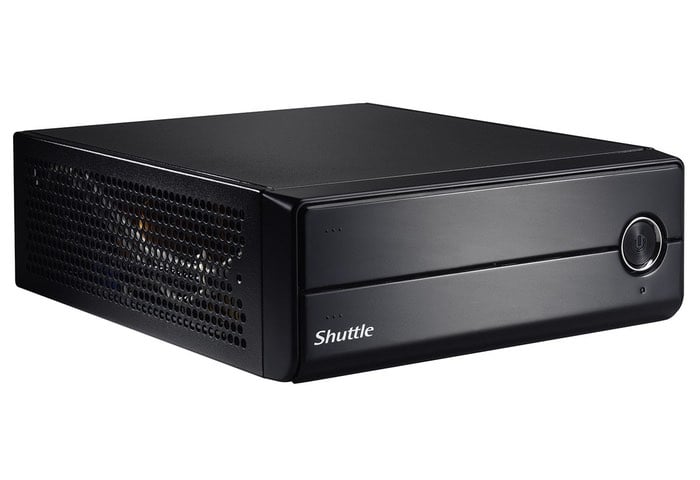 Shuttle has announced the addition of a new compact desktop mini PC to their range, with the launch of the new Shuttle XPC slim XH170V that is based on Intel’s H170 chipset.

The new Shuttle system is capable of accepting Intel Celeron, Pentium and Core processors for socket LGA1151 (up to 65 Watt of TDP) that can be supported by up to 16 GB DDR3L memory.

The mainboard within the system offers an M.2 slot for SATA-SSDs together with a Mini-PCI-Express x1 2.0 slot and three SATA connectors with 6 Gbit/s and RAID.

Shuttle has also included DisplayPort and HDMI monitor connectors that are suitable for parallel control of the latest high-resolution screens. With a Core i3 processor or higher installed, these ports can allow 4K monitors to run at 60 Hz (on DP) and 30 Hz (on HDMI).

The Shuttle XH170V Barebone system is priced at €224 and more information is available with full specifications from the Shuttle website.