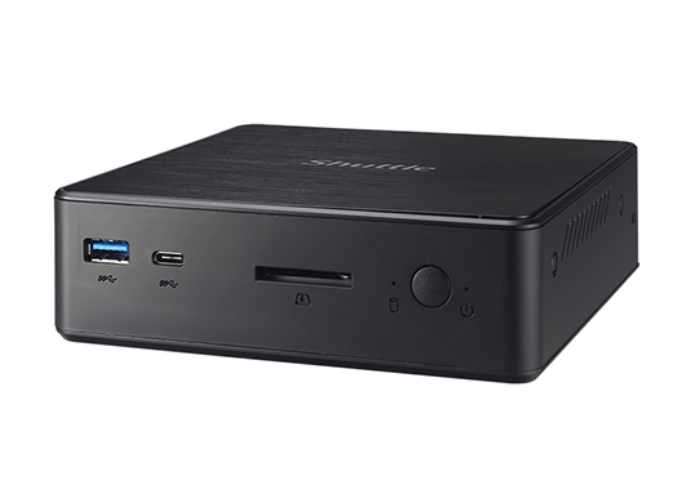 Shuttle will offer four different embedded processor options offering Celeron, Core i3, Core i5, and Core i7 which can be supported by two DDR4 SODIMM slots offering up to a maximum of 32GB of RAM.

Other features of the latest Shuttle XPC nano mini PC include built-in Intel HD graphics providing support for playback in 4K/Ultra HD at 60Hz via HDMI and DisplayPort. Other include multiple I/O ports USB3.0, USB2.0, RS232, and built-in SATA 6G and M.2 high speed storage interface. All systems are capable of running either Microsoft’s latest Windows 10 operating system or Linux.

Unfortunately, no information on pricing or worldwide availability has been released as yet by Shuttle, but as soon as information comes to light we will keep you updated as always. For more information on the new Shuttle NC03U Series jump over to the Official website for details by following the link below