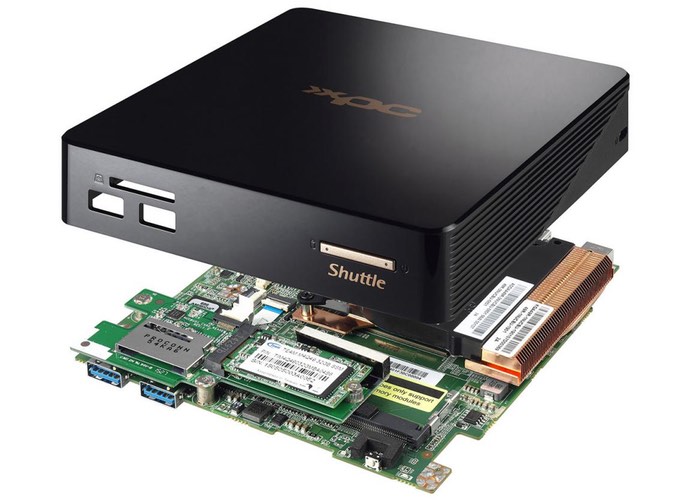 After first being unveiled during CES at the beginning of this year Shuttle has now announced that this month its new Shuttle NC01U range of mini PC systems will be available to purchase priced from just €140.

Specifications for the new Shuttle NC01U range include a selection of soldered processors ranging from Celeron, Core i3, Core i5 to even Core i7 to choose from supported by up to 16 GB of DDR3L SO-DIMM memory.

Other features of the mini PC systems include a Mini-DisplayPort, HDMI, Intel Gigabit Ethernet, audio, USB 3.0, USB 2.0, RS-232 and an M.2 slot. As well as a replaceable wireless combo module for WLAN (802.11ac) and Bluetooth connectivity also comes already fitted.

For more details and full specifications as well as the ability to order one of the many PCs that is capable of displaying content at 4K Ultra-HD offering a resolution of 3840 x 2160 jump over to the official Shuttle website.