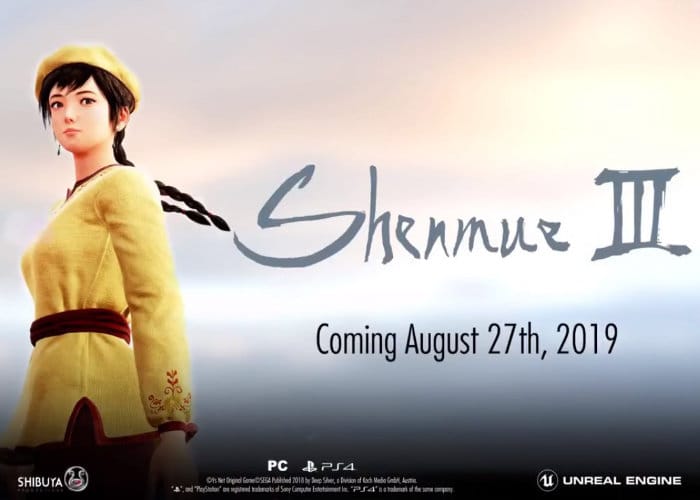 Publisher Deep Silver has finally confirmed a launch date for the new Shenmue III action adventure game developed by Neilo and Ys Net. Created using the Unreal Engine 4, Shenmue III will be available on both PC and PlayStation 4 systems and has been directed, written and produced by series creator Yu Suzuki.

Check out the Shenmue III – Prophecy trailer below, To whet your appetite for what you can expect from the new and highly anticipated game that will be available to play in just over 12 months time on August 27th 2019.

“Shenmue III sees the continuation of the epic story-driven saga. The player controls teenage martial artist Ryo Hazuki as he investigates his father’s murder. Players must explore the game’s open world, searching for clues, examining objects and talking to non-player characters for information, taking them further into enemy territory, deeper into mystery, and even closer to their destiny.”

“In 1987, following the events of Shenmue II, teenage martial artist Ryo Hazuki has journeyed from Yokosuka, Japan, to the mountains of Guilin, China, in search of his father’s killer, Lan Di. There he met Ling Shenhua, a mysterious girl who previously appeared in his dreams. After learning the legend of her village, which foretells a united path between them, Ryo and Shenhua embark on a new journey which reveals their shared destiny. Lan Di returns, with a new antagonist, Niao Sun”