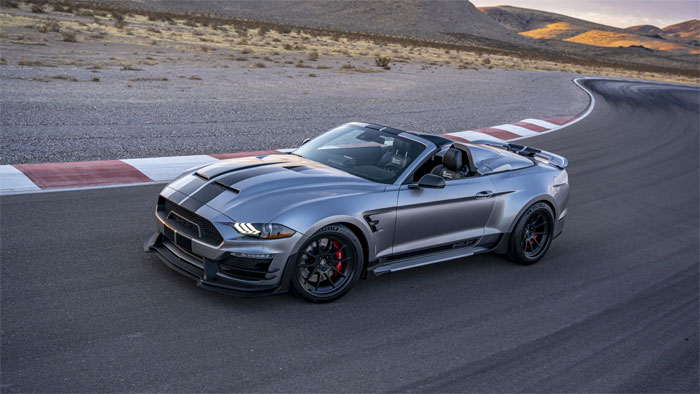 Shelby American has announced the launch of its 2021 model year cars based on the Ford Mustang. This year, Shelby American celebrates what would’ve been the 98th birthday of founder Carroll Shelby and is building 98 units of each of its cars, including the Shelby Super Snake Speedster. The Speedster is a convertible version of the Super Snake, and the car looks fantastic.

Super Snake Speedster cars turn the Mustang into a two-seat roadster with a convertible tonneau and unique striping. The car also gets special floor mats and door sill plates. A new option for Super Snake models includes a wide-body package, Penske track suspension, and rearseat delete with a harness bar. That optional package is $4995.