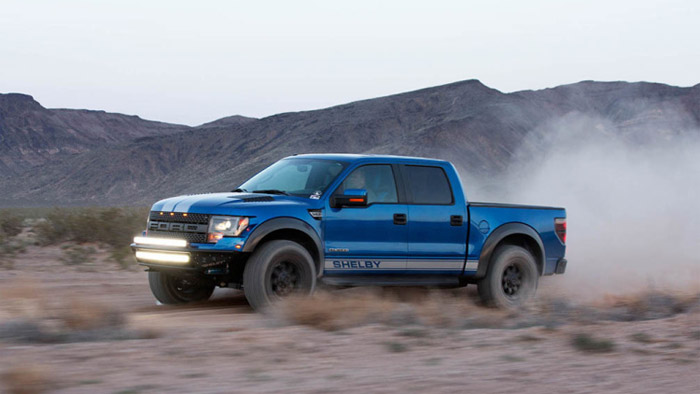 The truck is called the Shelby Baja 700 and it has a supercharger under the hood among lots of other new parts. Along with that blower comes a new throttle body, new injectors, a heat exchanger, and a Borla exhaust. As the name of the truck hints, Shelby says power output is 700hp. More power isn’t much good without the suspension to back it up off-road.

Shelby also fits the Baja 700 with 3-inch King coilovers, bypass rear shocks, Rogue racing upper and lower control arms, and 18-inch matte black wheels. Those wheels are shod with BFG K02 off-road tires. Shelby plans to make 50 of these trucks with the modifications going for $45,000. That is $45,000 over the base price of the Raptor you have to buy making the total price somewhere around $90,000.