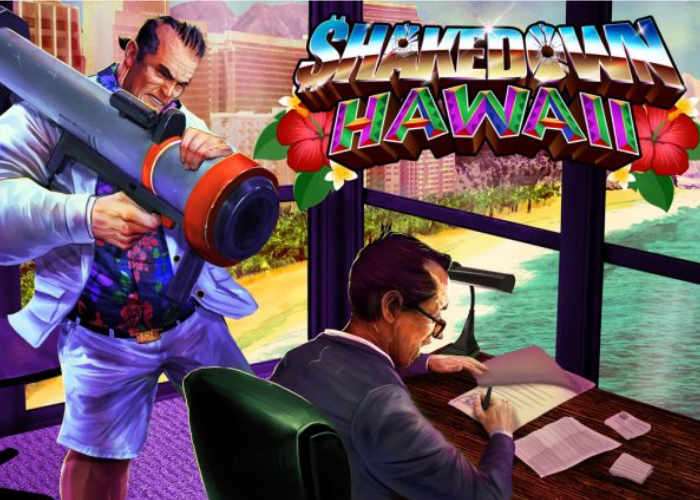 Brian Provinciano Developer, Vblank Entertainment has taken to the official PlayStation blog this week to reveal more details about the story mode and new mechanics within Shakedown: Hawaii.

To complement the new unveiled features Vblank Entertainment has also released a new trailer providing a good overview of what you can expect from the retro-styled game which allows you to build your own business empire using unscrupulous means.

Where ‘Retro City Rampage’ was a send up to video games and pop culture, ‘Shakedown: Hawaii’ is a parody of mega corporations, white collar crimes, and the most comically egregious business practices that go alongside. It playfully satirizes business that’s so ballsy, you’ll be left saying, “I’m not even mad.

You play an aging CEO, stranded in a world he no longer understands, with a company that’s now a relic of the past.
Upon discovering that online shopping’s destroyed his retail margins, ride sharing killed his taxi business, and video rental stores… are no longer actually a thing… it becomes clear that keeping the company alive will require drastic measures. He’ll need to modernize the business! Unfortunately, the modernizations he chooses are exactly those comically egregious practices!