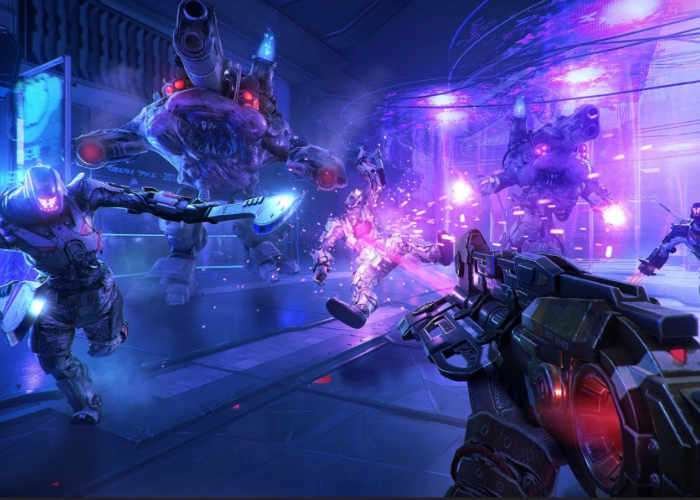 Shadow Warrior 2 will be launching in a few days time on the PlayStation 4 providing a combination of both mentally and ranged combat which provides a “ninja feel” allowing you to switch weapons with deadly ease, says developers.

Watch the trailer below to learn more about what you can expect from the storyline and gameplay from Shadow Warrior 2 which will be available May 19th 2017 on PS4.

Greetings, Wangsters! The teams at Flying Wild Hog and Devolver Digital are excited to announce that Shadow Warrior 2 will hit PS4 on May 19 and will launch with The Shadow Warrior Collection that includes a free download of Shadow Warrior for PS4!

The Shadow Warrior series began with what is lovingly referred to as Shadow Warrior Classic in 1997, continued with our 2014 reboot Shadow Warrior, and now the release of Shadow Warrior 2 on the franchise’s 20th anniversary. It’s a pretty exciting moment for us and really awesome that we get to release the game on PS4 during this important milestone in the series.

Our team has built upon this legacy of classic first-person shooter gameplay in Shadow Warrior 2 by blending fast-paced gunplay with the series’ trademark melee combat. Players will have access to dozens of weapons, from handguns and assault rifles to katanas and chainsaws, allowing them to thin the enemy horde from a distance before jumping into the fray and cutting down what remains. This interplay between ranged firing and melee combat drives Shadow Warrior 2 and forces an interesting risk-versus-reward decision for players when deciding on how to handle each combat situation.

For more details jump over to the official PlayStation blog via the link below.