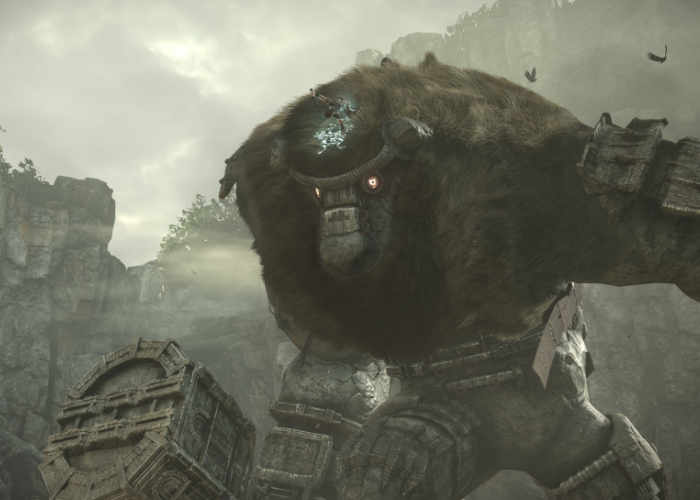 PlayStation 4 gamers looking forward to the launch of the enhanced remake of Shadow of the Colossus, are sure to enjoy this developer commentary trailer which has been published to YouTube this week providing a little more insight into what you can expect from the remastered version which will be launching early next year and available to play from February 6th, 2017. The Shadow of the Colossus remake is being developed by Japan Studio and Bluepoint Games, which worked on Uncharted: The Nathan Drake Collection.

To recap the Shadow of the Colossus storyline focuses on a young man named Wander who enters a forbidden land. Wander must travel across a vast expanse on horseback and defeat sixteen massive beings, known simply as colossi, in order to restore the life of a girl named Mono. The game is unusual within the action-adventure genre in that there are no towns or dungeons to explore, no characters with whom to interact, and no enemies to defeat other than the colossi. Shadow of the Colossus has been described as a puzzle game, as each colossus’ weakness must be identified and exploited before it can be defeated.

A legendary story begins anew. Bluepoint Games’ Mark Skelton, Marco Thrush, and Peter Dalton discuss the gorgeous opening cinematic of Shadow of the Colossus on PS4. The developers reveal details on artistic direction and the technical enhancements made to create an unparalleled vision of this beloved classic.