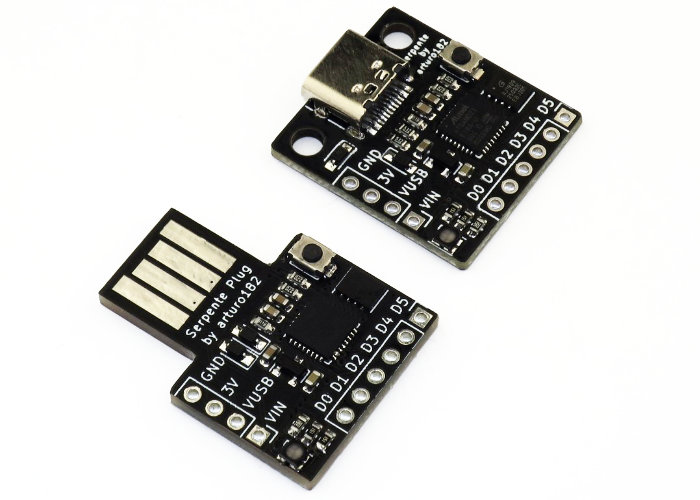 Electronic enthusiasts, makers and hobbyists searching for a tiny CircuitPython prototyping board may be interested in the Serpente, which has been created by developer “arturo182” and is now available to purchase via the Tindie online store priced at $15.

Technical specifications of the Serpente prototyping board include :

For more details on the Serpente and full details on each component jump over to the Tindie website by following the link below. Adafruit also announced the release of its CircuitPython 5.0.0 Alpha 4 which is now available to download and test out before moving to its beta development stage.