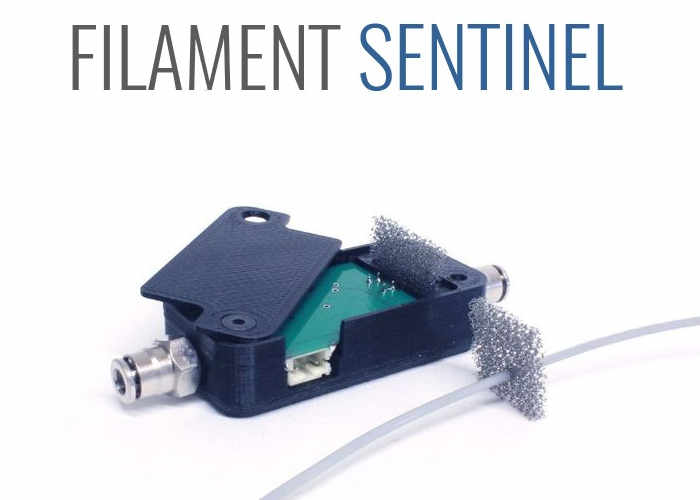 Those of you that have built your very own 3D printer but have experienced issues with monitoring your 3D filament usage, might be interested in a new piece of hardware created by Dyze Design based in Montréal Canada.

The new filament detection system offers a number of useful benefits once installed allowing you to never miss print because of an empty spool or dust collection in the extruder. Watch the demonstration video below to learn more about the features and functionality of the Filament Sentinel which is taken to Kickstarter this week to raise the required funds it needs to make the jump into production. 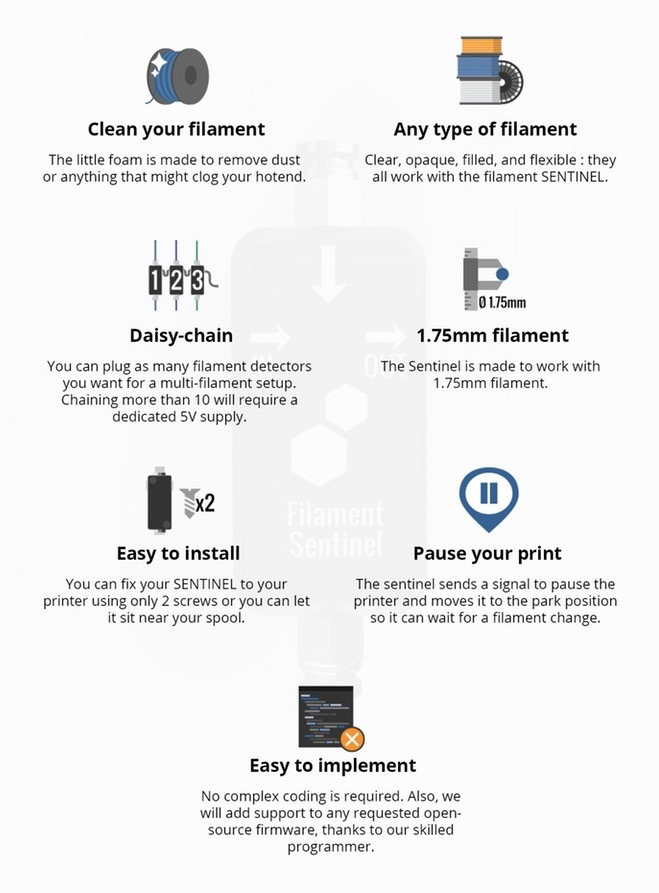 The development team behind the creation of the Filament Sentinel explain a little more behind its inspiration, benefits and construction.

With 3D Printing becoming what it is, many companies and people are working on improving the accessibility, reliability, and size of Fused Filament 3D Printers.   This results in bigger objects being printed, meaning longer print time and more materials being used. With printers now being able to run for hours without any sort of mechanical hitch, it has become increasingly easy to simply start a print and come back sometime later to pick up the finished product. However, more than a few user came back to a job completed and an unfinished object due to lack of raw materials.

With SENTINEL, the days of prints failed due to a lack of filament or dust on the filament are over.

For more information on the new Filament Sentinel jump over to the Kickstarter website for details and to make a pledge by following the link below.