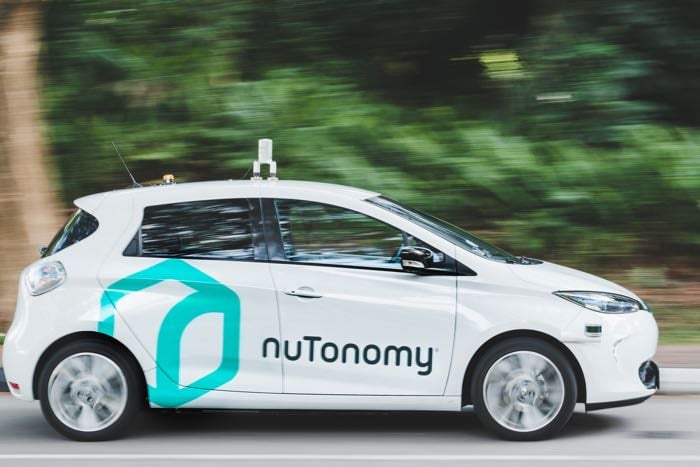 Self driving taxis are being tested out in Singapore, the taxis have been developer by a company called nuTonomy who plans to have a full fleet of these taxis by 2018.

The company will test out six of these self driving taxis at first and they will only be used in a 2.5 square mile radius during the tests.

Select members of the public began hailing free rides Thursday through their smartphones in taxis operated by nuTonomy, an autonomous vehicle software startup. While multiple companies, including Google and Volvo, have been testing self-driving cars on public roads for several years, nuTonomy says it is the first to offer rides to the public. It beat ride-hailing service Uber, which plans to offer rides in autonomous cars in Pittsburgh, by a few weeks.

The service is starting small — six cars now, growing to a dozen by the end of the year. The ultimate goal, say nuTonomy officials, is to have a fully self-driving taxi fleet in Singapore by 2018, which will help sharply cut the number of cars on Singapore’s congested roads. Eventually, the model could be adopted in cities around the world, nuTonomy says.

The nuTonomy technology is being tests out in modified Renault Zoe and Mitshubishe i-MiEV electric vehicles, you can find out more details at the link below.