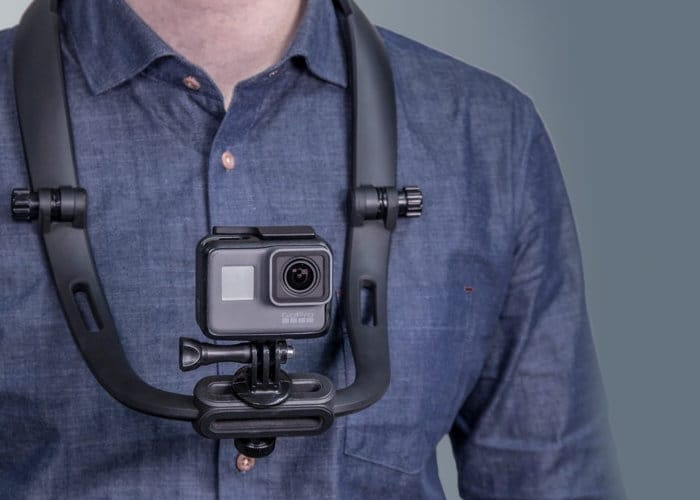 A new wearable video rig has been created by SELDI which supports both action cameras and smartphones and allows you to access the essential functions while still recording videos. Watch the demonstration video below to learn more about the wearable video rig that offers seven functions in one.

The SELDI video recording rig is being marketed as the first wearable device that puts you 100 percent in control of what your recording. It’s unique design allows users to wear your camera to provide smooth recordings and fluid videos. Professional filmmaker director Beom-sik Jeong used SELDIs to record authentic POV footage and selfie videos for his new movie Gonjiam: Haunted Asylum. “ SELDI was used as a GoPro rig in the recently released South Korean horror movie Gonjiam: Haunted Asylum. Every actor wore a SELDI GoPro rig and the footage was used in the movie.”

The unique design allows users to attach anysmartphone with adapter, or camera with 1/4” – 20 mounts weighing less than 1.1 lbs / 500 grams. “Leave the gear bag at home, and don’t waste your time swapping accessories. Grab your SELDI, change the mode, adjust the position and start recording.”

The wearable video recording system was this week launched via Kickstarter and is now available to back with earlybird pledges available from $77 or just £55. Offering a considerable 41 percent off the recommended retail price which will take effect once the Kickstarter campaign is completed. If all goes well worldwide shipping is expected to take place during June 2018.