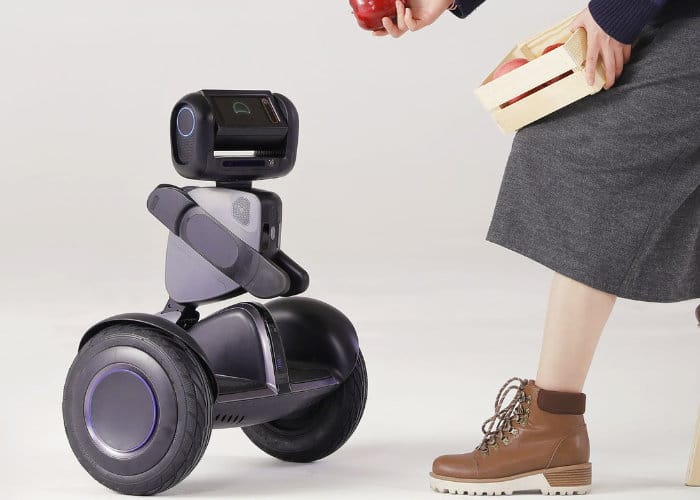 After being showcased earlier this year during CES 2018 the San Francisco-based Segway Robotics have now launched an Indiegogo crowdfunding campaign for the Lomoo robot. Which has already raised over $243,000 thanks over 225 backers. Watch the demonstration video below to learn more about the Loomo robot which is equipped with Intel RealSense technology. Loomo has been designed to “shape the future of mobile robotics” and offers a mobile robot and mobile personal ride in the form of a self balancing transporter powered by Segway, combined with powerful artificial intelligence thanks to Intel RealSense.

As well as offering the ability to auto-follow, capture video and take selfies the system can be controlled via, touch, voice, and gesture and offers a “playful personality” and plenty of interactivity both to its user and those within its local environment. The Loomo robot also comes supplied with a free Android SDK and over-the-air updates allowing the Loomo robot platform to offer endless integration possibilities, say Segway.

Super early bird pledges for the Loomo robot start at $1,299 offering a 27 percent saving off the recommended retail price which will take effect once the Indiegogo crowdfunding campaign comes to an end. Shipping of the Loomo robot is expected to take place during May 2018. For more information, full specifications and a full list of all available pledges jump over to the official campaign page on the Indiegogo crowdfunding website via the link below.