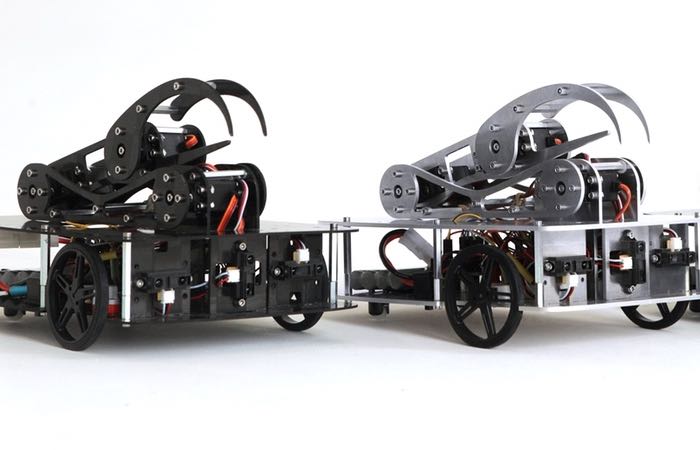 Anyone looking a helping hand to tidy up toys on the floor, or an Arduino robot pet to tinker with, maybe interested in a new Arduino Mega 2560 powered robot that has been created by Konstantin Stolpovsky, called the Seek N’ Sneak.

The new robot is currently over on Kickstarter looking to raise €10,000 to go into production, with the first kits being available to purchase priced at €240 each.

Watch the video below to learn more about this awesome Arduino robot and how it can be programmed to carry out tasks around your home using the Arduino IDE. Its creator explains a little more about his inspiration behind the robot and its features and functionality.

“Why did we develop this robot? There is a very short answer: kids! They need 10 to 30 minutes (depending on their temper) to scatter literally all the toys they have over their rooms, so initially we were looking for some way to automate a tedious process of daily toys collection. We solved this problem, but we realized that there are many other cool applications for this robot. We found that our robot can be smart, fast, strong, fearless and funny, just like a badger, and we named it Seek N’ Sneak.

The two driving wheels of this robot are powered by independently controlled motors and equipped with 128-steps-per-revolution encoders allowing for precise control of the angular position of the wheel, as well as its velocity and acceleration.”

For more information on the new Arduino robot jump over to the Kickstarter website for details and to make a pledge.