Apple recently announced that the Apple Developer website had been hacked, and now a UK based security researcher, Ibrahim Balic has revealed more details about the security flaws in Apple’s developer website.

The video below was put together by Balic, who says he told Apple abut the security flaws on their developer website last week, by showing them 73 user accounts belonging to Apple employees. 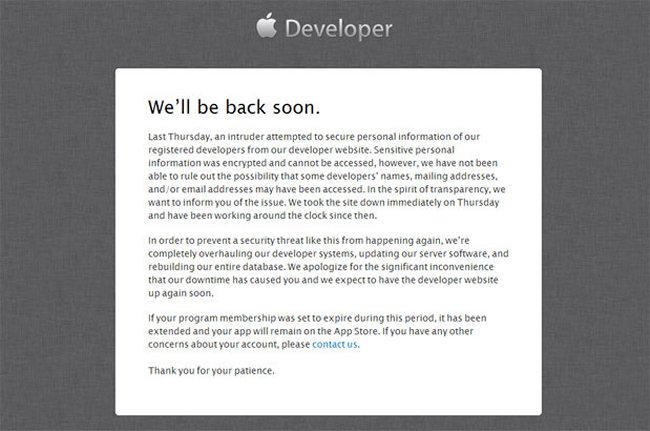 Balic has said that despite his intentions to help Apple close the security flaws in their developer website, Apple shut down the developer portal on Thursday.

Ibrahim Balic claims that he had access to data from more than 100,000 users, but he did not hack the system for malicious purposes. Apple have yet to respond to Balic’s claims.