Back at the Mobile World Congress in Barcelona, WhatsApp’s CEO Jan Koum hinted at the possible launch of voice services within the app by summer, giving users the ability to make voice calls in WhatsApp. 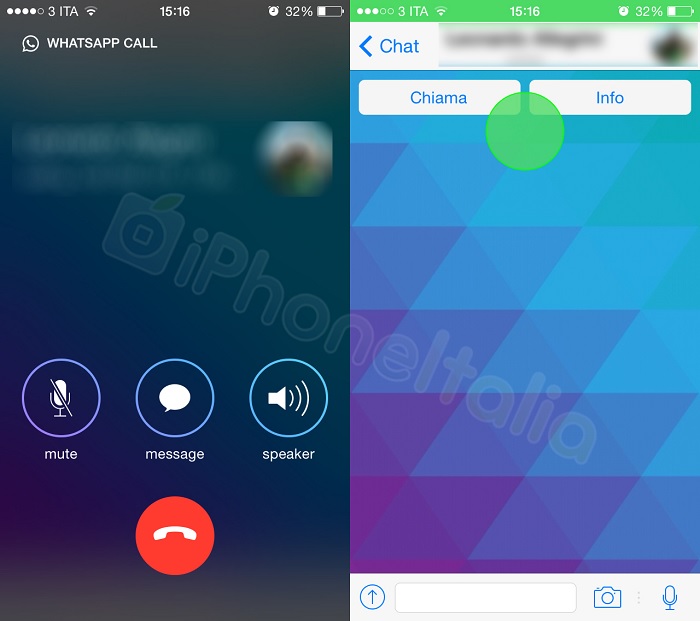 The interface of the voice call windows looks quite similar to the visual tweaks made in the recent iOS 7.1 update, with circular buttons. It was revealed before that users will be able to make voice calls over mobile data or WiFi for free, and this will make WhatsApp a direct competitor of apps like Viber, Skype, etc. It’s a competitor to Apple’s FaceTime as well, and it would be interesting to see the competition getting fierce.

In addition to VoIP calls, the update also brings a camera button in chats that will allow userse to easily capture images and videos on the go, without have to go through the lenghty insert media option.

The service has a user base of over 450 million, and was recently purchased for a whopping $19 billion by the social networking giant Facebook.

Currently, there’s no news about the launch of the update for WhatsApp, but we heard before that it will launch in the second half of 2014, possibly by summers. We’ll update you as soon as we hear anything about this highly anticipated update.