That’s no Photoshop wizardry, boys and girls. It’s a satellite rendition of our dear little Earth shaped by the gravity deep within its molten core. It’s a far cry from the glowing verdant orb found in every class room. Instead, we have a quite literal patchwork of landmasses bumping and grindin’. 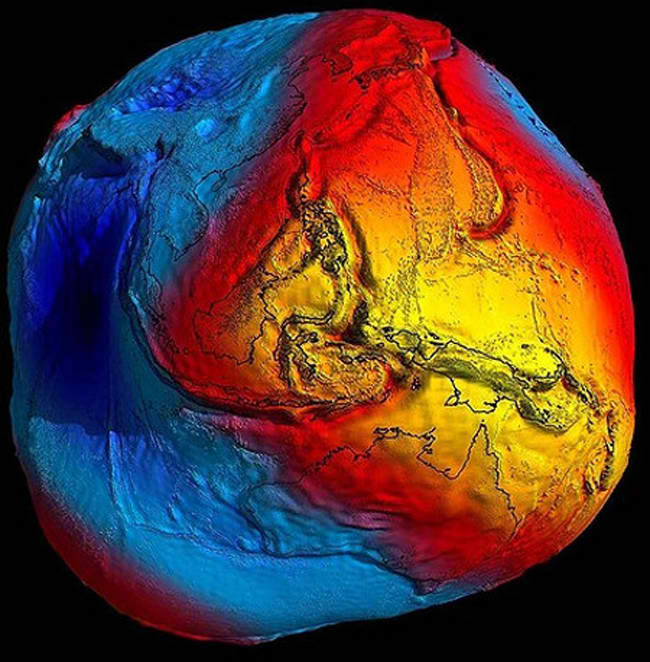 The unsightly pic up north is courtesy of the European Space Agency, who’ve developed a keen interest in gravitational shifts since Japan got mauled by a big one. The entire Pacific rim is  red cos that’s the current earthquake zone. The image itself was pieced together from scans by the GOCE, or Gravity and Ocean Circulation Explorer. At just five metres, it’s a small cylinder of orbital hardware with a huge task ahead of it.

With the help of the GOCE, scientists hope to immediately locate fluctuations in gravity pull and determine where tectonic plates will cause trouble. With this kind of technology at hand, earthquake preparedness has just enlarged its arsenal.

The GOCE satellite is schedule to cease operations this year. Once it does, it’s expected to have collected enough data to provide accurate mapping of the Earth’s tectonic movement.