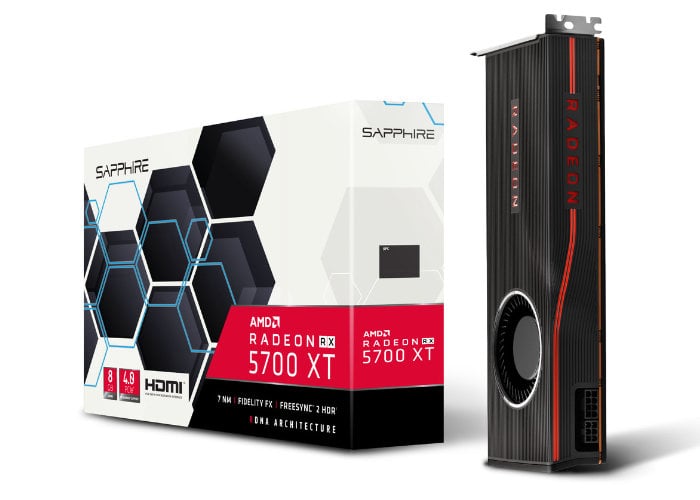 Hardware manufacturer Sapphire has unveiled their new Radeon RX 5700 Series graphics cards powered by RDNA architecture, are designed from the ground up for superb 1440p performance and exceptional power efficiency for high-fidelity gaming.

The Sapphire Radeon RX 5700 Series graphics cards are based on AMD‘s 2nd generation 7nm architecture and are equipped with 8GB of GDDR6 high-speed memory and PCI Express 4.0 support.

“These GPUs are impeccably engineered to exponentially reduce lag, increase efficiency and surround you in immersive stutter-free gameplay. The Radeon RX 5700 XT GPU bends the rules with a revolutionary metal exoskeleton for heat dissipation, fused with the reimagined contour silhouette, and precision machined accents to perform as good as it looks.” explains Sapphire.

“With select AMD Radeon graphics get 3 months of Xbox Game Pass for PC and play Gears 5, coming Fall 2019! From one of gaming’s most acclaimed sagas, Gears is bigger than ever, with five thrilling modes and the deepest campaign yet. With all-out war descending, Kait Diaz breaks away to uncover her connection to the enemy and discovers the true danger to Sera – herself. Get the ultimate gaming experience with the performance of Radeon graphics and take it to the next level when winning is your only option.”