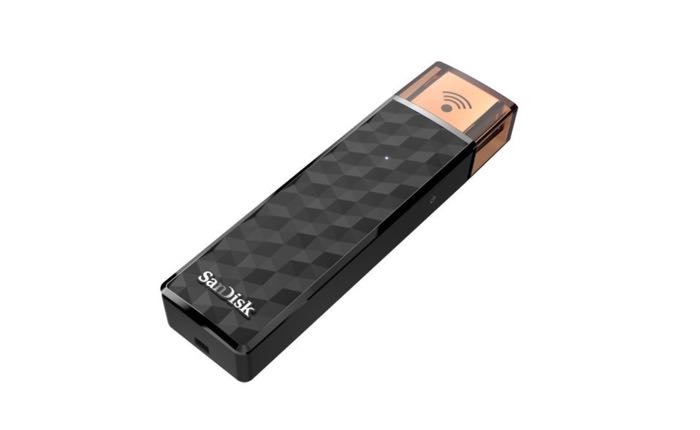 SanDisk has unveiled a new next-generation flash drive called the SanDisk Connect Wireless Stick, that is capable of connecting to your hardware using just a wireless connection, and only needs to be plugged in for charging purposes.

The SanDisk Connect Wireless Stick is capable of streaming HD movies and music wirelessly to three devices simultaneously and is available in a range of different capacities including 16, 32, 64 and 128GB drives ranging in price from $29.99 to $99.99

SanDisk has made the new wireless flash drive compatible with both Android and iOS devices including the iPad, iPhone, Kindle Fire, Android devices, and PC and Mac computers. SanDisk explains more :

Imagine a flash drive that you don’t ever have to plug in, except to charge it. Imagine that it works with your phone, your tablet, your computer—and all your friends’ devices—wirelessly. Now imagine it works wherever you are—even if you happen to be in the kitchen and your Wireless Stick is in the den.

With the SanDisk Connect app installed on your mobile device, you can upload, download, save, share and play all your stuff from a distance, to and from the device you want to use. SanDisk Connect Wireless Stick is a great entertainer, too. You can stream music or videos to three smartphones, tablets or computers as long as they’re somewhere in the vicinity—the back seat, the next tent or the other end of the conference table.

For more information on the new SanDisk Connect Wireless Stick jump over to the SanDisk website for details.