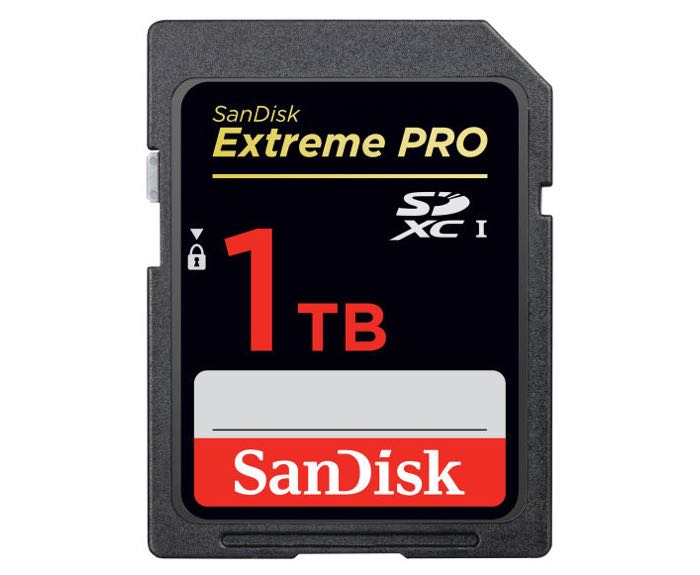 Sandisk has announced the world largest SD card with the launch of the Sandisk 1TB SDXC which was unveiled at Photokina 2016.

The Sandisk 1TB SDXC is double the size of the companies previous largest card, the device is apparently a prototype at the moment but is expected to go into production soon.

“Showcasing the most advanced imaging technologies is truly exciting for us,” said Dinesh Bahal, vice president, product management, Content Solutions Business Unit, Western Digital. “Sixteen years ago we introduced the first SanDisk 64MB SD™ card and today we are enabling capacities of 1TB. Over the years our goal has remained the same; continue to innovate and set the pace for the imaging industry. The SanDisk 1TB SD card prototype represents another significant achievement as growth of high-resolution content and capacity-intensive applications such as virtual reality, video surveillance and 360 video, are progressing at astounding rates.”

“Just a few short years ago the idea of a 1TB capacity point in an SD card seemed so futuristic – it’s amazing that we’re now at the point where it’s becoming a reality. With the growing demand for applications like VR, we can certainly use 1TB when we’re out shooting continuous high-quality video. High-capacity cards allow us to capture more without interruption, streamlining our workflow, and eliminating the worry that we may miss a moment because we have to stop to swap out cards,” said Sam Nicholson, CEO of Stargate Studios and member of the American Society of Cinematographers.

You can find out more details about the new Sandisk 1TB SDXC at the link below, as yet there are no details on a launch date or pricing.