Samsung has added another mobile phone to their range with the launch of the Samsung Monte S5620.

The Samsung Monte features a 3 inch WQVGA TFT capacitive touchscreen, and it comes with a 3.2 megapixel camera with built in face detection software. 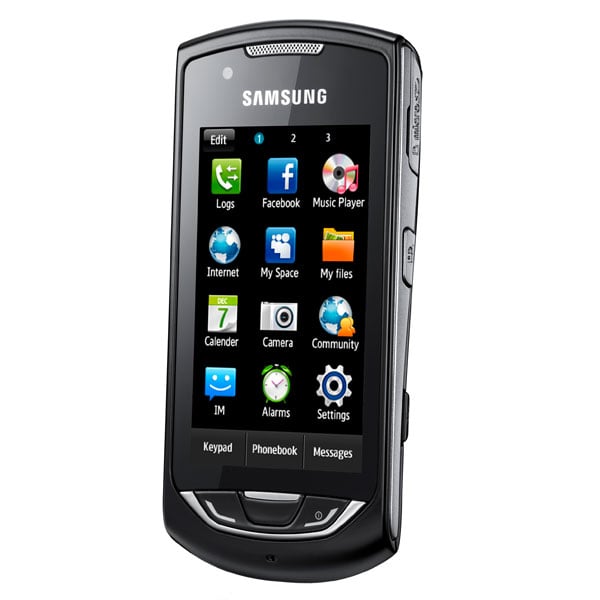 “Samsung Monte is designed for those who appreciate beautiful design and outstanding performance at affordable price,” said JK Shin, president and head of Mobile Communications Business, Samsung Electronics. “The phone offers a compelling set of features, such as the native social networking applications, with an intelligent User Interface, design and connectivity options to provide users with the performance they demand.”

Other features include WiFi, Bluetooth 2.1, and AGPS, and it will comes with Samsung’s TouchWiz 2.0 Plus user interface, and will have a range of social networking features built in including Facebook, MySpace, Twitter and Bebo as well as a range of instant messaging features.

There are no details on pricing or availability as yet, although the Samung Monte S5620 is expected to be reasonably priced. More details will be available at the Mobile World Congress in 2010.