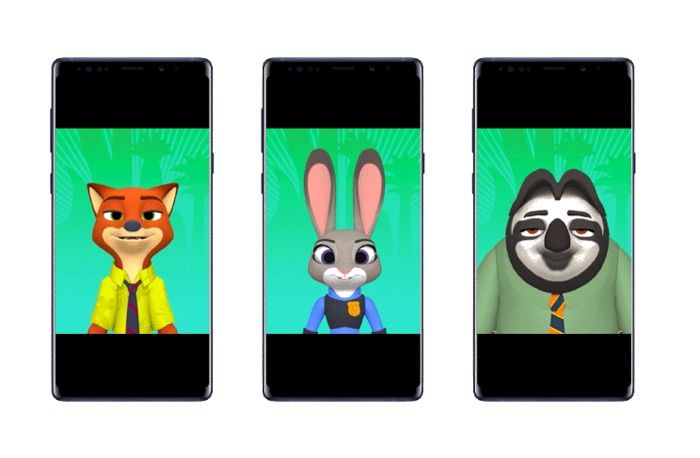 Samsung has announced that it is launching some more AR Emojis with Disney, these ones are from the Disney movie Zootopia.

These join a range of characters which include ones from Frozen, The Incredibles and Mickey Mouse and more.

Messaging is much more fun with Samsung’s AR Emojis—augmented-reality avatars that mimic users’ expressions, transforming you via the camera app and offering a unique and creative way to inject personality into your messages.

Since the feature’s introduction with the Galaxy S9, Samsung Electronics and Disney have teamed up to bring a number of Disney characters to life as downloadable AR Emojis. Now, the addition of three beloved characters from Disney’s hit movie Zootopia has made messaging on Galaxy devices even more magical.

You can find out more details about the latest AR Emoji from Samsung over at the company’s website at the link below.